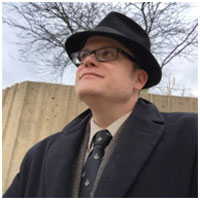 Jeremy Nienow is a passionate cultural resource preservation liaison, consultant and educator, actively pursuing new energies, technologies and projects within local county organizations, higher education, and the professional heritage preservation community. As an educator Dr. Nienow taught at public and private higher education institutions throughout the Twin Cities. He established an anthropology department and program, led program review, and effectively communicated within all levels of the institution.

As a registered, professional archaeologist he has 25 years experience in Cultural Resource Management throughout the Midwest and Midatlantic, and consults as a licensed historic and prehistoric archaeological Principal Investigator. He owns and operates Nienow Cultural Consultants LLC and is well known in both the historical society and archaeological communities; actively serving in all aspects of the professions including board service, conference organization, public speaking, and scholarly publication. Jeremy enjoys blurring the lines between educator and professional archaeologist.

As a member of the CMA, Jeremy has previously served as Editor, Vice President, and Chair of the Professionalization Committee. He has co-chaired the CMA Symposium for over 12 years and also organized the Elden Johnson Distinguished Lecture for six years.

Currently Dr. Nienow’s archaeological research has been focused on the early hinterlands of the Twin Cities metro area. On the western side of the metro, he has lead cultural resource investigation efforts into late 19th century tourism on Lake Waconia. In the eastern metro, his work has centered on public-led archaeological survey of the smaller lakes interspersed throughout northern Ramsey County. Both avenues of research have produced a well-spring of knowledge which Dr. Nienow looks forward to sharing with the general public and continuing to investigate.

Ryan Grohnke is an archaeologist with over 15 years experience in cultural resource management. Since 2002, he has assisted with large-scale surveys, NRHP evaluations, burial recoveries, and data recovery excavations. He is the Cultural Resources Manager for Westwood Professional Services, Inc. where he assists clients and project managers in navigating the Section 106 and NEPA processes, and facilitates research and fieldwork as needed. Although his career has allowed him to work throughout the United States, Ryan’s personal interest is in the cultures of the Northern Plains. 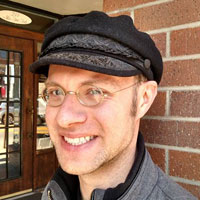 Dr. Fred Sutherland is devoted to exploring new ways we can engage with our shared cultural legacies. This drive has brought him into contact with various organizations during his career. As an educator, Fred has integrated his love of archaeology within K-12th grade lessons, community-college programs as a professor, and in his role as lifelong-learning lecturer. He has collaborated on production of blogs, multi-media presentations, and orientation videos for historic sites. Fred also had the pleasure of engaging with the public in the roles of 1820s soldier, cook, and blacksmith at Historic Fort Snelling for five years, including work in their archaeology summer camp program.

As a registered, professional archaeologist with over 15 years experience in our discipline, Fred has led teams in archaeological research, fieldwork, and laboratory analysis. He helped to found the Great Northern chapter of the Society for Industrial Archaeology. He has been a CMA board member for over 5 years. Fred’s doctoral research involved leading a team of residents from a former Minnesota iron-mining district to document over 450 historic properties and sites. His master’s degree research helped a state park by documenting an 1840s iron smelting furnace complex, recommending conservation priorities, and suggesting better site interpretation methods. As a historical advisor to that park for the last 10 years, Fred has overseen the successful implementation of his recommendations.

Fred recently started Sutherland Relics and Rust LLC as a way to facilitate his collaborations with institutions and organizations involved with cultural heritage. Currently, he is exploring involvement in several types cultural heritage work. These include opportunities for summer camp programming, performing artifact conservation on collections used for local history education, and finalizing an orientation video so it can be viewed from a visitor’s center and remotely through online devices. 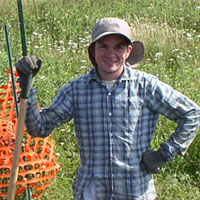 Austin Jenkins is a Cultural Resources Planner and Archaeologist with Bolton & Menk.